Thermal Cameras and How They Enhance Your Security System. 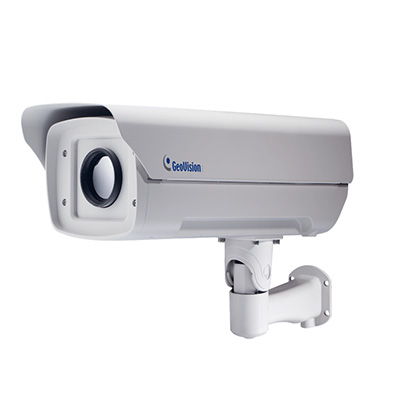 How Does Thermal Imaging Work?

Thermal Imaging cameras are a hot,excuse the pun, take on a traditional security camera.

Let’s talk about thermal imaging, or Thermography. What is it?

Thermography is the detection of objects using the infared radiation all objects produce. Since these infared rays are invisible to the naked eye, thermal cameras use temperature to detect objects or people. The view through thermal cameras show warmer objects with the contrast of cooler backgrounds. Thus, making it easy to view objects or people within the camera view. The industry calls this passive thermography and it is incredibly beneficial in the security industry.

These cameras have been used in the security industry for over 50 years. Today, because the technology is cheaper, we see more commercial and industrial applications. Fire departments use Thermal cameras to see humans or pets through heavy smoke and also to figure out where the base ,or strongest point, of a fire is.

In the industrial industry, these cameras are used to detect undesirable temperature changes such as when equipment exceeds operating temperatures, or quick temperature change in processing or manufacturing equipment. This prevents costly and dangerous accidents.

Thermal cameras rely on temperature instead of light, which means they are not affected by changes in weather or light conditions. Because of this, even in complete darkness, with masks, hiding behind bushes, in the rain, intruders can be seen.

Can I Integrate Thermal Cameras into My Current System?

Yes! You can integrate these cameras with an alarm system for a huge security advantage.

Using this technology can help reduce false alarms when used along with a burglar alarm system. Take video verification to the next level! The police will know exactly what to expect when dispatched.

For Instance, imagine having a break-in at your furniture warehouse. It’s big, it’s dark and it’s vulnerable.  An intruder gains access to the building and what happens next? Thermal cameras integrated with your alarm system will be able to detect the bad guys. Even in complete darkness, the intruder will not be able to hide. The police will have the command center on the line watching your camera feed. For example, they can tell the police exactly where your perp is hiding or if he ran out of the east exit. This drastically cuts down on false alarms and increases emergency response time.

Thermal Imaging During The Covid-19 Pandemic.

The fastest growing use of this technology today is to detect body temperature. While this is being written, our world is in the midst of the Covid-19 pandemic. Many businesses are using this technology as a hands-off approach to detecting the temperatures of customers and employees. This is especially beneficial in places where large groups of people may gather such as concert venues, hotels, conventions, schools, amusement parks, warehouses, factories and office buildings.

The applications for thermal cameras are almost limitless, and they don’t look much different from your typical bullet or dome cameras!

Want more info? Shoot us an e-mail at info@inv-sys.com

“Related to the service, product quality, knowledge, and assistance provided by Mr. Raz Meliach and his team from InVision, we are proud to say that the coordination and planning that went into our new DVR system and 17-cameras was nothing short of excellent…”
– J. Pickett, The Drake Hotel – Chicago
“Once again we wish to thank you for your cooperation in supplying us with video surveillance, which led to the apprehension and arrest of a subject involved in numerous Burglaries…”
– J. Palcu, Forrest Preserve Police
“To anyone considering a surveillance system, consider using InVision Systems. I dealt directly with the owner Raz, and he made a number of suggestions in order to better my understanding and satisfaction of what we both were trying to achieve. Now that my system is up and running, I can’t believe the better production I’m getting out of my people, and more importantly, given cash for half our sales, my till at the end of the day has been correct 95% of the time as opposed to 70% of the time…”
– D. Dattalo, The Fudge Pot
“Thank you so much for installing our security camera system. It has really improved the way we do business around here. When I first started using it, I was surprised to see some employees spending time on activities that weren’t business related. Now, even though I don’t watch my employees all day on the monitor, they know that they’re being recorded. Because of this, and the dedication of my great staff, we have a very professional environment…”
– J. Bolano, Home Health care Solutions
“Hyson USA is very pleased with work standards and professionalism shown by your company. The entire process from the start to finish was handled with great due diligence and professionalism. Your team quoted us a price, demonstrated the quality of their product, and helped us work out an affordable package…”
– Hyson USA Inc.
“I would definitely recommend InVision Surveillance Systems and Raz Meliach to any small to medium size business looking for a camera security system…”
– T. J. Martin, Martin Nissan
“I would like to personally thank you for a job well done installing a central monitoring station for remote monitoring of multiple locations. This surveillance system has been proven to be very helpful for us to manage our employees and monitor inventory…”
– R. T. Crane, Napleton’s Northwestern
“I just want to take this opportunity to say how pleased we are by the standard of workmanship and professionalism shown by your company. The entire process from the estimate to the finished product was handled with great professionalism…”
– K. Webb, Webb Chevy
“I just wanted to send you a short letter thanking you for our new security system that your company installed in both our plants. Your installation team was very professional and courteous. Our maintenance team has assured me that they would recommend you to anyone…”
– D. Lewerke, Woodharbor Doors & Cabinetry
“Your donation of surveillance cameras and installation will help in meeting the daily needs of many children in the youth shelter, Day Program and residential programs. Our hearts are filled with joy knowing we have partners like you working with us to make a difference in the lives of so many.”
– J. McAleer, Francis Lauer Youth Services